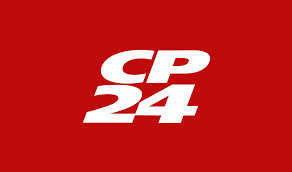 Talks break down between province, teachers after first day of renewed bargaining 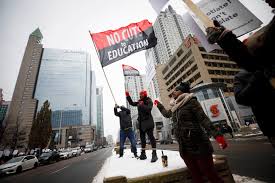 "To claim that compensation is somehow the holdup, when in fact it’s quality of education and we had zero discussion about compensation today tells you that once again the minister is attempting to mislead the public."

Talks between the province and the union representing Ontario’s public high school teachers have broken down after just one day.

The two sides sat down Monday under a media blackout in an effort to negotiate a new contract to end a months-long labour dispute that has resulted in a series of single-day strikes by teachers.

Two days of bargaining were scheduled to take place Monday and Tuesday. However Education Minister Stephen Lecce’s office confirmed Monday evening that with little prospect of agreement, a mediator has cancelled talks for Tuesday.

Read full article at cp24.com
Written by Joshua Freeman
CP24
December 16, 2019
Read full article at cp24.com
Contributed by the Here For Students Staff
Share on FacebookTweet
90,000+ Ontarians Have Signed Up
If You Think Our Students Deserve A Strong Education System, Become A Supporter Today!
Join thousands of Ontarians and show your support for Ontario's students, support staff and teachers today!
Thank you! Your submission has been received!
Oops! Something went wrong while submitting the form.
We're
About Our Campaign
Take Action Now
Follow Our Campaign